International Theatre Festival Retroperspektywy is the only festival in Poland that rejects the division of genres and currents and does not grade the artists as proffessionals and amateurs, presenting at the same time the most interesting theatre phenomena which define cultural identity of a modern man. In the events offered such identity is determined by the modern language of art that follows its own ways and search for the references to tradition.

Here in every two years there meet prominent musicians, dancers and masters of word. The latter will be dominant of these year’s edition entitled „Theatre between words”. In various propositions we will meet such artists as Maja Komorowska, Irena Jun and Mariusz Bonaszewski. We will listen to the words of Adam Mickiewicz, Isaac Bashevis Singer, Nikos Kazantzakis, Czesław Miłosz, Wisława Szymborska and Zbigniew Herbert. We will listen to traditional songs and experimental music. We will see the performances, which determine the new thinking about the theatre, that efface the diffrences between the concert and mystery, pageant and ritual. It implements the word into the body, the actor into the song and movement. Theatre signs transmute into senses and the meeting of actors and specators into hope.

Today – among all those enormous tensions and threats – each edition of the Festival consequently presents brilliant accomplishments of world’s theatre, music and dance, that brings the great load of humanism and faith in a human being – something that is essential to put out a dangerously smouldering fuse.

Word – between a concert and a mystery, pageant and ritual –

Paweł Passini, Mariusz Bonaszewski, Paweł Janyst and D’Roots Brothers, that is neTTheatre during their jubilee concert. Master Class with the masters of word: Maja Komorowska and Irena Jun. And great performances and musical events from Portugal, Israel, Belarus and Greece, a tale about a man facing the Cyberworld in the premiere spectacle directed by Tomasz Rodowicz and…secret social life of bees. On the cusp of August and September CHOREA Theatre again invites the spectators to common search during International Theatre Festival Retroperspektywy. This year’s edition will be kept under the title „Theatre between Words”.

The Festival Retroperspektywy, that has been organized every two years, is a place of artistic confrontations of independent and mainstream theatre, the platform for meetings , workshops and discussion.

'As the only festiwal in Poland it rejects the division into genres and currents. We do not diversify the artists as proffesionals and amateurs. We present the most interesting theatre phenomena, difining cultural identity of a modern man' – says Tomasz Rodowicz, the artistic director of the Festival. – 'The programme of this year’s edition is constructed in such a way to show the most extreme and different ways to use the WORD in a modern theatre. We will thus see performances, that determine the new thinking about theatre, blur the differences between the concert and the mistery, pageant and ritual.'

'It implements the word into the body, the actor into the song and movement.' – adds Rodowicz. From the 24th of August there will be two weekends of performances and musical events for our spectators. On Saturday and Sundays forenoons there will be workshops and masterclass, and after the performances and concerts – discussions with authors.

In programme, among others, poetic meeting with one of the most prominent polish actors – Maja Komorowska, when poetry of great polish authors like Herbert, Miłosz, Pawlikowska-Jasnorzewska, will be a kind of a tool to create live relations with spectator.

In a renowned monodrama „Matka Makryna” based on a Jacek Dehnel’s novel, we will see Irena Jun, considered the world’s best impersonator od Beckett’s roles. This time she will present the monologue of Prioress of The Order of Saint Basil the Great in Rome, who in 40ties of the XIXth Century became an object of fascination and adoration of Polish Emigration and European Press. The mystery woman reached the summits of secular and ecclesiastical power.

Retroperspektywy Festival is an international event. It gives the opportunity to trace phenomena in the world’s contemporary theatre, hence the presence of international guests. Among them outstanding and award-winning dance group from Portugal – Vortice Dance Company. Their dance show "Home 2.0.", where the visualizations fully interact with the dancers, talks about culture and values through the story of the psychosocial adaptation of astronauts living in an isolated environment of a spaceship, creating a peculiar house in space.

The festival audience will also see the performance of "Lear. The Bastard's Story" by the Israeli group Malenki Theater. The group uses theater puppets and marionettes on stage. At the dramatic level, the travesty about the work of William Shakespeare focuses on the ruthless and unrestrained struggle for heritage.

Then, the performance "AESCESTICA - Nikos Kazantzakis: Songs form Crete" by the Greek Omma Studio Theater, called the "opus" by the creators, will take the form of a theatrical ritual, drawing strength from the human voice, a form of studying the relationship between theater and the rite. The text itself - "AESCETICA: Salvatores Dei" is a series of spiritual exercises written by world-renowned Greek author Nikos Kazantzakis, from Heraklion in Crete.

The festival programme also includes a concert "Peace to her shadows" by vocal trio Trzy Dni Później, accompanied by an award-winning violist Paweł Odorowicz. The songs come from the third album of the group with the same title and constitute a collection of their own and collected musical impressions. Lyrics and melodies show the multiculturalism of Lower Silesia, from which the vocalists come. The artists describe it as a melting pot of historical and social events, seen through the eyes of women over several centuries.

Aurora Lubos also refers to personal experience in her performance "Welcome / Witajcie". An independent artist associated with the Gdańsk and British contemporary dance scene, has several strong solo author performances. The action that she will present in Łódź is her commentary on the immigrants dying at sea, the attempt to transfer distant images into our reality, the Polish, tangible, awakening empathy in the viewers, nonreactive, observers.

Gallery and Studio Art Brut and Igor Gawlikowski will present "Words" - an exhibition and a multimedia musical performance, whose direct inspiration is the work of artists associated in the Wrocław Gallery and Art Brut Studio. The key to performative actions is "word", which in the context of the creators' work gains a new, extended meaning.

Retroperspektywy Festival stands also of CHOREA Theatre performances. One of them is premiere “2.0.4.5. Metaphysical Miniopera” directed by Tomasz Rodowicz. The year 2045 is determined by scientists as the date when a man will achieve immortality. The performance is to be a voice in the discussion about the spiritual condition of modern man and the threats associated with the cyber. How much does the work on artificial intelligence and the latest killing tools pose a real threat to the human species?

The second of the proposals of the CHOREA Theatre is "Hive. Secret Social Life," directed by Janusz Adam Biedrzycki, a story about social roles, family ties, religious submission and love manipulation, which is a source of in-depth knowledge about analogies between the human world and the world of bees. Once again, the CHOREA Theater invited blind and visually impaired people to cooperate.

The organizers of the Festival do not forget about the youngest viewers. For viewers from the age of five, they have the spectacle "Brothers of the Northern Lights", based on little-known fairy tales and legends of the Baltic countries. The performance is multi-layered, rich and beautiful at the level of music, image and light. The musical layer was created by artists associated with the CHOREA Theatre and the CHOREA Theatre Choir. The multicolored paintings are made by actors from the Teatr Figur from Krakow - one of the most famous shadow theaters in Poland.

The final of the festival - music of words and words extracted from music - as part of the neTTheatre concert. The program of this rich musical event was created on the occasion of the tenth anniversary of the theater and combines excerpts from the most famous performances of the group: "Kabbalah. Th Book of Brightness", "Sign of Jonah", "Poles", "HIDEOUT / Kryjówka" and "Hindełe, Sister of the Art Master". On the stage, outstanding artists: Mariusz Bonaszewski, Paweł Passini, Paweł Janyst, Beata Passini, D'Roots Brothers, Daniel Moński. The whole in the impressive visualization by Maria Porzyc.

There will also be workshops for the youngest recipients aged 0-6. Musical classes according to E.E. Gordon's theory will be led by Natalia Wicher. They will consist largely of singing, tonally and rhythmically different songs as well as rhythm players in typical and unusual meters.

All festival events will take place at Art_Inkubator in Fabryka Sztuki in Łódź. Tickets for each of them can be booked and purchased from 1st August 2018, at the CHOREA Theatre Office (festival organizer), or via the form available on the festival website. 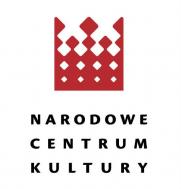