The 9th International Theatre Festival Retroperspektywy 2020 under the heading: Body / Memory / History, organized by CHOREA Theatre, is taking place between 21st and 30th August 2020 in the revitalised buildings of Fabryka Sztuki in Łódź, which is an important site on the cultural map of Łódź.

This year our festival has to cope with an exciting challenge. In the times of a total threat, seclusion and isolation, how do you talk through theatre about the most important issues for a human being without his real participation as a spectator, co-creator and participant? How do you narrow the distance and move? How do you touch without touching, closeness and directness, through streams of electrical impulses, vibrating pixels, in a two-dimensional window of 30 x 40 cm? How do you enter somebody’s house, somebody’s head or soul? How do you invite for a joint journey? It is not a metaphor, it is the real task and challenge we present ourselves with and the artists invited to the festival. This task may only succeed if the presented performances, concerts, events and conversations deeply relate to, and touch those who, in various corners of our city and the whole country, will agree to be taken into this journey.

Human BODY, from the perspective of the last few years, has become one of the key research topics of the humanities as well as its vast, related spheres, entering the field of science, which uses the newest technologies. Body has started to be studied as a cultural phenomenom, as means of multidimensional knowledge, or record of generational experiences and traumas. It seems that this book still bears many secrets inside, presenting unusual challenges - also for the artists.

The 9th edition of RPS 2020 is, therefore, dedicated to relation between art and memory of the BODY as well as stories written in people‘s dreams, personal memory and memory of the generations. This year’s selection of performances and artistic events, with six premieres among them, provides an unusal prospect of encountering such phenomena in the online theatre, which combine the present with the experiences in the nearer and further past, through individual as well as common experiencing and remembering. We believe that the topic of this year’s edition of the RPS festival will allow to capture what is the most essential in the attempts at understanding the contemporary world, plunged into chaos and global threat, and will help to get some distance, understood not as an isolation and escape, but immersing in one’s own story and maze of the individual and collective memory.

The program of the festival, on the one hand, includes the performance "Kroniki Sejneńskie" / "The Sejny Chronicles" by Sejny Theatre, created by children and teenagers, based on stories collected among their grandfathers and great-grandfathers, in which there will be the history of a prewar, Polish and Jewish borderland town re-enacted. And on the other hand, two heartbreaking solo performances of actresses-dancers: "Salto mortale" and "W zawieszeniu" / "In Suspension", bringing up issues of impermanence and analising in many different ways the problem of coping with the topic of death, derived from dream and disease.

The RPS 2020 programme will not lack in foreign performances. Spectators of our festival are invited to watch the recording of an outstanding performance "Did you love me, dad?", by Golden Gate Theatre from Kyiv, directed by Stas Zhyrkov, as well as specially prepared for our festival the premiere of video-performance "All I can manage, more than I could", performed by British and French Earthfall group, which is a record of the process of work between the director and the choreographer-therapist over recalling the story of a suicide attampt through dance.

The pandemic forced us to reach for the new means of presenting performances and communicating with the spectator. We do not want to hide behind them, we want to use them to strengthen the message. The effects of this work will be seen in the festival opening premiere of performative  installation "Schulz"Skrawki" / "Schulz: Scraps", performed by CHOREA Theatre, inspired by the work of Bruno Schulz, directed by Konrad Dworakowski, as well as in the festival's closing premiere of the performance in VR technology "Dionysus 360", directed by Paweł Passini, performed by neTTheatre, which engages the spectator to creative participation in virtual stage reality, based on Euripides' greatest dramas.

The festival's program will also include a new trend of film screenings and projections. Presented films will be directly related to the theme of the RPS 2020 festival. These will be: the touching picture "Koniec Pieśni" / "The End of The Song" directed by Piotr Borowski, documenting the process of disappearance of the singing tradition in one of the eastern villages, as well as the film "Pieśń Pamięci / Singing in Exile" directed by Nathalie Rossetti and Turi Finocchiaro, describing the Armenian tragedy, as well as the movie "Konstelacje" / "Constellations" directed by Aniela Gabryel, depicting the intimate process of recalling painful family stories from the memory of the body, according to Hellinger’s Systemic Constellations. 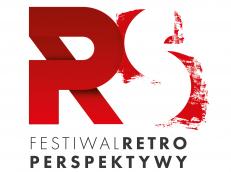 The International Theatre Festival Retroperspektywy (RPS) is held cyclically since 2010 in Fabryka Sztuki at 3 Tymienieckiego Street in Łódź. Having the form of a festival, it offers the most attractive theatre and dance proposals from Poland and other parts of the world. The event can be charaterized by high professionalism of performers, uniqueness and coherence of the programme, availability to a wide and diversified audience, rich offer of workshops and meetings with eminent authors of theatre arts.

During last 11 years (throughout 6 editions of the Retroperspektywy Festival and 2 editions of the Perspektywy Festival) more then 100 performances and concerts as well as 40 workshops took place. 350 invited guests from more than 15 countries (including USA, India, Sweden, Great Britain, Norway, Portugal, Belarus) showed up at our venue along with 30.000 spectators and participants. We want to consistently continue with our development, which has been occurring for a couple of years now, and organize yet another edition of the international festival to invite outstanding artists with their theatre, dance and music performances. We will make it possible for the audience to take part in the World of Theatre whose main aim is a discourse on contemporary reality as well as a search for original means of artistic expression. Long-time consistency of getting through to various social groups (intellectuals, people from underserved communities, elderlies, students, youth, families with children) and building festival audience development contributed to the event being popular and widely recognized on the cultural map of Łódź. Festival goes beyond regular undertakings of CHOREA Theatre and it allows to put on performances by Polish and international artists who deal with the art of theatre and dance. It is an excuse and an extraordinary chance for performances that CHOREA Theatre co-creates with international theatres and artists. An important idea, that promotes the festival from the very beginning, is creating a bridge between searching novices and stage masters, between tradition and avant-garde.